Standing at the verge of her own execution, an almost defeated Earth witnesses how the actions of her most ungrateful inhabitants continue to shorten her lifespan.

Determined to give Earth a voice to express her suffering, loud and clear, this experimental film creatively adapts the writings of renowned Galician poet Rosalía De Castro, to draw attention to the impact that humans have on Earth’s own survival. To that end, filmmakers Sonia and Miriam Albert-Sobrino produce an avant-garde film that, while abstract in essence, seeks to visually and aurally depict Earth’s own suffering. Using the CO2 pollution sonified data as a distress signal from Earth’s herself, the Also Sisters visually express the pain that our planet is being subjected to. The beautifully moving score composed by Elisabet Curbelo adds an essential layer to this story of Earth’s call for aid.

The film figuratively presents Earth standing at the threshold of her own death while humans continue to pollute and damage her. Unbeknownst to them, Earth will not tolerate it for much longer.

The word AURA carries a number of meanings that so appropriately fit this film. Both Latin and Greek origins of the word relate to “air”, “wind” or “breeze”; a clear connection to the sonification of CO2 pollution data used in this film and its impact on clean air. Spiritually, AURA links to the idea of a “halo” or a “subtle emanation around living beings”, which in this film is visually represented by the circular shape and disk that, respectively, opens and closes this piece. In AURA, humans are damaging Earth’s halo and the consequences of its destruction will be soon upon us. 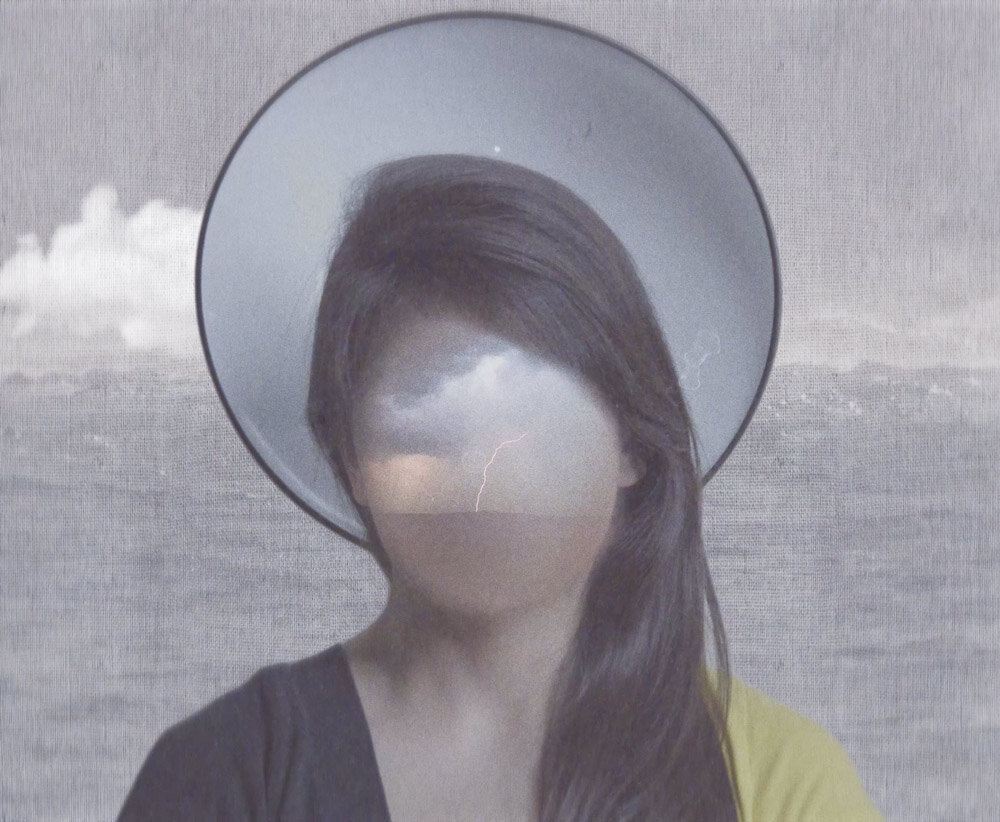 But a thirst…, a thirst
For I know not, what kills me

by Rosalía de Castro
Translation to English by Samantha Edwards

Neither hate nor disdain,
Nor fear of change;
But a thirst…, a thirst
For I know not, what kills me.
Rivers of life, where are you?
Air! the very air I lack.
–What do you see back there in the darkness?
What do you see that makes you shake, makes you silent?
–I can’t see! I look as the blind
look upon the bright sunlight
and I’m to fall there
where no one who falls will rise again.

To feel you fade deep within,
Vital flame which brightened the spirit, strengthened the body

by Rosalía de Castro
Translation to English by Samantha Edwards

To feel you fade deep within,
Vital flame which brightened the spirit, strengthened the body,
Restored the soul’s youth.
Your warmth no longer to warm the blood
Through the frozen winter,
Nor spur the heart,
Bereft of hope, bereft of breath,
To beat.
Mute, blind, unfeeling,
With neither love nor torment,
To become a dead star, dark and alone,
Lost in the heavenly expanse.

FILMMAKERS’ LANDING ACKNOWLEDGEMENT
AURA was shot on the lands of the Northwestern band of the Shoshone, Ute and Goshute peoples. The filmmakers wish to recognize with humility and repentance that the lands where this film was made are the traditional ancestral and unseated lands of the indigenous peoples.